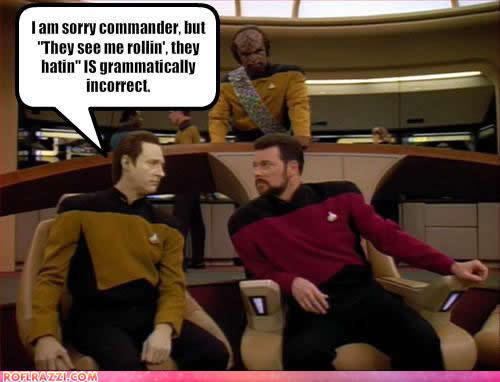 Being an FC is not as hard as people think, but it does require a certain sense of FOCUS from the Fleet Commander.

Don't let yourself get distracted. Distraction is the bane of Fleet Commanders, and yes, the very first time that you see an overview filled with flashy reds you WILL get distracted. But try to focus on the following;

1.) First Ask Yourself "What Ship Class Are We Fighting?"
2.) Second, Work Your Way Through The List That I Provided In FC target calling 101
3.) If It's Closer Kill It First, Because Range Gives Priority To Your Targets


I. Two Guardians Suddenly Warped In And Your Gang Has None. The Primary is not Dieing...

Your Toast, give the De-Aggress command ASAP!! If you save most of your fleet then you have not lost the battle. Everyone needs to warp away, stop shooting, recall drones and GTF out! If you are pointed, do your best to tank until your aggression wears off so you can dock or cross a Stargate and make your escape.


II. Your Fighting Equal Numbers But They Have 1 ECM Pilot For Every 5 Of Your Guys

Since ECM is a force Multiplier, assume that the enemy gang has +4 members for every Scorpion they have on the battlefield, and +3 for every Falcon/Rook that you see. (Add + 2 for a Blackbird) Do the math and ask yourself "Do I still want to fight them?" If you can handle their 8 man gang but you don't think that you could tangle with 12 of them and still do well... do not engage. ECM will rock your world...

Battleships hit Battlecruisers like a ton of bricks. So basically, if your in a BC only gang and run into a Mixed BS + BC fleet of similar numbers, you lose. If however you are the ones running the mixed fleet start hitting your primaries


1.) Fleet command is one of those things that come down to practice. You will not feel comfortable in the FC chair until you have called targets in at least 50 engagements. Don't panic however, because most of those can be on the SISI test server


2.) Remember that a "Fleet Commander" is NOT risking other peoples ships and ISK, he is instead guaranteeing a fun and active corporation for the rest of his/her Teammates. We are only collecting people whom are willing to make mistakes. The only thing you will receive from them is gratitude for leading them into battle and showing them a good time, be it win or lose.


3.) The De-aggression command is THE MOST IMPORTANT thing to remember. If you can recognize when your side has lost before you actually do lose (and half your fleet is flying away in their pod) you are A+ in my book. Use your intuition. In every fight there is a point where you either win or lose, so when your numbers are dropping and the enemy numbers are not... GTFO ASAP

4.) This may seem silly, but truly awesome fleet commanders are EXTREMELY rare in EVE Online. Think of how many fail fitted PVP ships you have seen on killboards? FC's are kind of like a Drake pilot fitting Nanofibers for Speed, a 1600 Plate and nothing but tackle in its midslots Don't take this the wrong way, but the BAR IS SET VERY LOW when it comes to FC ability in EVE Online. If you get decent at what you have read in this thread, you are already a step above the rest and people will be glad to fly with you.
Posted by Fiori 161 at 7:00 AM